There’s No Going Back, and Here’s Why 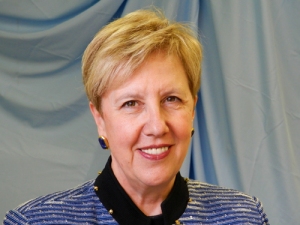 One of the things that church staff members do is spend way more time than you do reading, learning, thinking, and talking about churches.  Right now, I am precisely 31 pages into a very thoughtful book about churches called Quietly Courageous: Leading the Church in a Changing World by long-time church consultant, Gil Rendle.  At the start he is describing the scene that underlies the many changes (it didn’t used to be this way) that churches are struggling to find “answers” for, including decreasing membership, decreasing income, and decreasing volunteer time. Here are some quotes from the book that I just can’t keep to myself.

…we need to understand that the losses we have incurred and the challenges that we face are shared by other membership-based organizations that have had similar experiences of loss and aging since the 1960s.  The story of loss and age can also be told by organizations and activities from Kiwanis, Rotary, Masons, Elks, Eastern Star, bowling teams, and bridge parties. (p.22)

Rendle claims that the period of growth that all these organizations experienced during the first two-thirds of the twentieth century was an “aberrant time.”  He references work by Yuval Levin (The Fractured Republic, 2016):

[Yuval] describes the first half of the twentieth century as an age of growing consolidation and cohesion.  It was a time of massive growth of economic industrialization and centralization of government.  A fifteen-year period of challenge and sacrifice through the Great Depression and World War II bonded the American people into a cohesive force built on a consensual national and global agenda.  It was a time in which people “agreed to agree” and sublimated their differences in order to work together on a great common agenda.  It was particularly in this time of consensus and cohesion that the American culture pushed people toward membership in congregations and a legion of other membership organizations.  The United States exited World War II as the only global economy not devastated by the war; and for a period it held its remarkable position of producing a full half of all global manufacturing and production.  We were a unified people with resources at hand.  The widely shared story among many organizations was strength and growth.

Levin then goes on to describe the second half of the twentieth century as an age of growing deconsolidation and decentralization in which our economy diversified and deregulated in energizing ways.  This second half of the century produced a sustained pushback against the uniformity and cohesion that marked the first half….  An upsurge of individualism and the need for personal identity began to rise, supported by newfound interests in psychology and tied to the economy through advertising and technology.  It was an energizing and vibrant age as people and institutions rode a heady wave of progressivism.

Levin captures the aberrant moment, saying, “Keeping one foot in each of these two distinguishable eras, midcentury America combined cohesion and dynamism to an exceptional degree.”  It was in this mid-twentieth-century time that the mainline church, like so many other institutions and organizations, aggressively pursued growth, bureaucratic structure and strength, and resource and property development.  We became large, strong, and institutional in a cultural moment that favored large, strong, and institutional.

The age of large and consolidated strength, however, has waned, and “micropowers,” decentralized organizations, and small expressions of community are now taking the global stage.  Ours is not a turnaround situation in which we can recapture the size and strength of a large institutional system once sustained and nourished by a culturally aberrant time….  We are now living in this current aftermath that is defined by micropowers and small communities but are still dependent on our memories of size and strength and still constrained by the polity, policies, and practices once effective in large institutions. (pp.23-24)

So, things have got to change, right?  There really is no long-term way to keep things going the way they always have with reduced resources. But what should change?  I know that no one has figured out any definitive solution to this adaptive problem, but we’re adrift in this boat with LOTS of other folks.  Watch this blog for further Rendle updates!