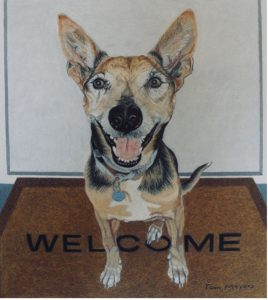 All Creatures Great & Small, We Will Bless Them All!
In the UUAsheville Parking Lot, 1 Edwin Place
We’re in person for an Animal Blessing service at 11am in the paved parking lot. Bring your chairs and your pets!

If things work out right, the service will also be live streamed.  If you’re on our email list, you’ll get the link on Sunday morning at 9am.  To sign up for worship service links, head back to the home page and give us your email address. 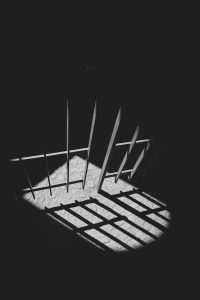 Photo by Tim Hüfner on Unsplash

October 10 marks the 19th World Day Against the Death Penalty.  The NC Council of Churches will host a panel of voices with lived experience to discuss faith and the death penalty. Panelists include George Wilkerson, who is living on NC’s death row; Andre Smith, who teaches Buddhism to men in prison and lost his son to homicide; and Rev. Sharon Risher, who lost her mother and two cousins in the shooting at Mother Emmanuel AME church in Charleston. Jonathan Wilson Hartgrove, noted writer and leader in the Red Letter Christian movement and the Poor People’s Campaign: A National Call for Moral Revival, will moderate. Please register here and invite others to hear this powerful panel.

Amá tells an important and untold story: the abuses committed against Native American women by the US Government during the 1960s and 70s. The women were removed from their families and sent to boarding schools. They were subjected to forced relocation away from their traditional lands and, perhaps worst of all, they were subjected to involuntary sterilization.

CONTACT Charlie Wussow at mnpopi@icloud.com for the Zoom link by Wednesday, October 6. This event is free. Donations accepted.

The result of nine years painstaking and sensitive work by filmmaker Lorna Tucker, the film features the testimony of many Native Americans, including three remarkable women who tell their stories – Jean Whitehorse, Yvonne Swan and Charon Asetoyer – as well as a revealing and rare interview with Dr. Reimert Ravenholt whose population control ideas were the framework for some of the government policies directed at Native American women.

It is estimated over a twenty-year period between 1960 and 1980 that tens of thousands of Native American women were sterilized without their knowledge or consent. Due to poor record keeping during this era the number may in fact be much higher. Many of these women went to their graves having suffered this incredible abuse of power.

“The beginning of every hierarchy is controlling reproduction, and racism in this country has often restricted brown and black women through sterilization, while refusing sterilization to white women unless they had several children and their husbands’ written permission. AMÁ proves that democracy begins with our bodies. All who care about democracy should see it.”  Gloria Steinem

“I would like to pay respect to the elders, both present and past, who have had the courage to tell their stories — we need more documentaries like this. We offer classes in American Indian Health and Wellness, and without fail, my students state that they had no idea of these atrocities, and the fact that they are still happening in the United States is beyond their belief. The US must apologize for the horrendous actions of their medical staff, and admit to the vast amount of indigenous knowledge that has been lost due to their lack of funding for health services.”
Dr. Linda Bane Frizzell, Eastern Cherokee/Lakota, Assistant Professor, School of Public Health, University of Minnesota