I Forgive You, I Forgive Myself

I found myself in the Sunday worship service two weeks ago unable to sing the introductory hymn because I was in tears, a surefire sign that I need to work on something deep within my soul. We moved on to the part where people face each other, often married couples or people domiciled together in other arrangements. I can imagine facing my late husband and saying those words. People who live together frequently trespass against each other in all kinds of ways, most of them small enough to be almost insignificant, some large enough to cause real hurt, but mostly the result of thoughtlessness, not malice.
The annual forgiveness service is a little awkward for those of us unpaired, but that’s not why I became emotional. I said those familiar words in the responsive reading with a certain close family member in mind but realized that I couldn’t mean them yet. I wanted to mean them (or maybe I just wanted to want to mean them), but the hurt and the anger is so deep that I cannot let go. And I am a person who is not easily offended. So…..why is it so hard to forgive?
Later in the week, I came across a photograph on Facebook, a beautiful picture of two women sitting solemnly side by side, one in white and one in black, with this caption: “I sat with my anger long enough, until she told me her real name was grief.” As the Southern Baptists would say, I felt a sense of conviction. I recognized myself instantly. I am grieving and have been grieving for almost eight years because someone I thought would always have my back let me down and did so at a very bad time in my life. I have finally realized that the major source of my distress is not anger over what she failed to do, but rather it’s grief over losing a relationship that I thought would last forever.
She has never explained. She has never apologized. She doesn’t want to talk about it. I am not the only family member from which she has distanced herself. Is it possible to forgive when one’s forgiveness has not been sought? When no apology is forthcoming? When no effort at restitution has been made?
If you forgive someone but don’t tell them about it, have you really forgiven them? Do I want to forgive, or have I nurtured this hurt for so long that I don’t want to let it go? I will be wrestling with these questions as I try to grow spiritually this year. There is a big stinky weed in my UU garden that needs to be pulled, and I would welcome help from anyone in the congregation who has faced this problem, especially within their own family.

Judy Harper, Board of Trustees 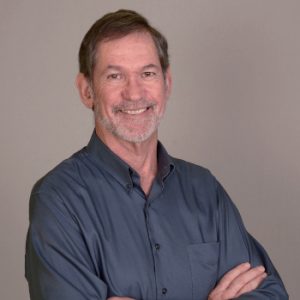 From Anger to Forgiveness (audio only)