UNFRIEND ME NOW!!! (Just kidding. I meant to say, “Can we still be friends?”) 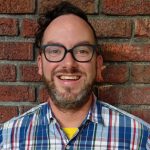 If you are like me and you have spent any time on Facebook in the last few weeks (years!), you have probably seen quite a range of thoughts and feelings being shared by various people in your life regarding issues of race, police brutality, protests, white privilege, and of course, the President. Often, much of what I see and read is information that I connect with, can learn from, and be inspired by. However, there are also obviously times when I read or see something that someone has posted and my jaw drops in disgust or anger.  After all, as a liberal white guy from conservative Eastern NC, my Facebook social circle also includes quite a number of individuals, both family and friends, whose paradigm seems to be from another planet from mine all together. A bad planet. Planet Cringe. Planet Denial. Planet Disregard. Planet Disrespect. A planet that I don’t want to visit.

So the thing that I hate is that I feel like whether I want to or not, I have to sometimes travel there anyway….

Will and I were talking recently about commonplace Facebook posts that include words like  “Unfriend me if you think ______” or “I will unfriend you if you believe _____”. The positions that often fill in the blanks of these ultimatums aren’t normally cut and dry like “if you think it’s okay to steal from the mouths of babes!” or “if you believe it’s okay to throw kittens in the river” but instead often seemed to be a bit more nuanced with current examples like, “I will unfriend you if you call a protest a riot!” or “Unfriend me if you think property is more important than people!”

I can’t help but cringe every time I see them. Though I understand the feeling and the frustration that often comes with these righteous declarations, I also struggle, particularly as a white person in the current moment, with what it says about how we choose to engage and to what purpose. What is the balance between sharing our own positions and standing by our values while also taking the time to hear someone else’s?

When I think about my own social circles, I notice that I don’t often see these same declarations being made by my black friends. After all, be it Facebook, social settings, work environments, or schools, it is highly unlikely that black or brown individuals have the privilege of simply cutting out the comments and the commenters that don’t align with their own experience. It’s just part of being black in a white-centric society, of hearing white people say things with sharp edges, of navigating whiteness.

So when progressive whites stand firm to their either-or declarations, it can unfortunately read a little too much to me as a form of white isolationist privilege. In other words, in the last few weeks, I have seen a number of ALL CAPS posts where white people, upon hearing other white people say things they found disagreeable, declare that they would no longer engage and were simply going to “block” the offender. Although I am sure those pronouncements are on some occasions necessary, can help calm white nerves, and boost one’s sense of nobility, I wonder what purpose they serve beyond that.

With these thoughts already in my head, I was intrigued by words I found posted this morning on Facebook (go figure…)

“I see a lot of fellow white folks, particularly left-leaning liberals and progressives, struggle to connect and communicate effectively with their conservative/Republican friends and families on Facebook. I want to encourage people NOT to block them, unfriend them, or to cease communicating with these people. Now is the time to speak up, to communicate with them. Like it or not, the unchecked opinions and beliefs of these people are what hurt our communities and put black lives at risk. You are not to blame for their views, but you are responsible. White folks need to police white folks, that’s our problem that only we can fix.”

He goes on to offer a number of suggestions including:

His words spoke to me as someone who is simultaneously hot-headed and non-confrontational. As someone who knows too many people in my life who see things in ways that are hard for me to understand.  As someone who believes deeply that if things are to get better, we are going to have to be willing to (re)visit uncomfortable planets and positions rather than bypass them. Let’s be willing to make this journey…together.

Ryan Williams
President, Board of Trustees