Sleeping Through the Revolution 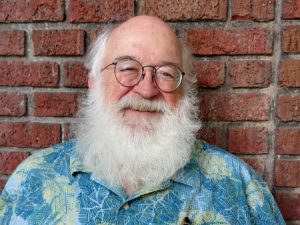 Some reflections on the Ware Lecture Delivered by Dr. Martin Luther King, Jr. at the Unitarian Universalist Association General Assembly, Hollywood, Florida, May 18, 1966.

I recently had the occasion to re-read the Ware Lecture by Dr. Martin Luther King, Jr. delivered in 1966. The struggles Dr. King saw in liberal religious institutions are reflected in our congregation‘s current internal audit of our own white supremacist history and culture. As a society, all these many years later, we continue to struggle with the truth of the damage done to black and indigenous people, even as we are determined to put our congregation on solid footing as ally and accomplice. The lecture is as cogent today as when it was delivered. Especially so if we replace the word “segregation” with “white supremacist philosophy.”

Dr. King‘s lecture provokes us as practitioners of a liberal religious tradition to examine our commitment to the meaning and application of our calling to social justice. In many ways we are struggling to rise up from the past and to live to the standards Dr. King set for all of religion. UU Asheville is about to undergo a process of discovery that will illuminate for us how far we have come—and how far we have to go—toward equality, equity, and true fellowship.  The process will help us define if we are sleeping through the current revolution or are accomplices in that revolution. Here are excerpts from that lecture that struck me as especially relevant to today’s world.

I’m sure that each of you has read that arresting little story from the pen of Washington Irving entitled Rip Van Winkle. One thing that we usually remember about the story of Rip Van Winkle is that he slept twenty years. But there is another point in that story which is almost always completely overlooked; it is the sign on the inn of the little town on the Hudson from which Rip went up into the mountains for his long sleep. When he went up, the sign had a picture of King George III of England. When he came down, the sign had a picture of George Washington, the first president of the United States. When Rip Van Winkle looked up at the picture of George Washington he was amazed, he was completely lost. He knew not who he was. This incident reveals to us that the most striking thing about the story of Rip Van Winkle is not merely that he slept twenty years, but that he slept through a revolution. While he was peacefully snoring up in the mountains a revolution was taking place in the world that would alter the face of human history. Yet Rip knew nothing about it; he was asleep. One of the great misfortunes of history is that all too many individuals and institutions find themselves in a great period of change and yet fail to achieve the new attitudes and outlooks that the new situation demands.

Secondly, it is necessary for the church to reaffirm over and over again the essential immorality of racial segregation. Any church which affirms the morality of segregation is sleeping through the revolution. We must make it clear that segregation, whether it’s in the public schools, in housing, or in recreational facilities, or in the church itself, is morally wrong and sinful. It is not only sociologically untenable, or politically unsound, or merely economically unwise, it is morally wrong and sinful.

There are many insights in all of the major religious faiths which bring this out. Segregation is evil, to use the thinking of the Jewish philosopher, Martin Buber, because it substitutes an “I-It” relationship for an “I-thou” relationship. According to St. Thomas Aquinas, segregation is wrong because it is based on human laws, which are out of harmony with the moral, the natural, the eternal laws of the universe. Paul Tillich, great Protestant theologian who died some months ago, said that sin is separation. What is segregation but an affirmation of man’s tragic estrangement, his terrible separation, his awful sinfulness? So, over and over again, we must make it clear that we are through with this unjust system now, henceforth, and forever more.

MIchael Beech, UUAsheville Board of Directors