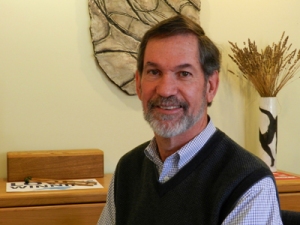 Some of the hardest work in the quest for racial justice is truth-telling: telling the truth about the sea of racial oppression that we live in, where it came from, how it is perpetuated, and how each of us can find ourselves complicit in it, often in ways we are unaware of. So, part of our justice work in this congregation is about making ourselves aware of all this and acting where we can to dismantle it.

There’s an exciting project underway in Asheville that we at UUCA are looking to connect with that is seeking to correct the record and bring a measure of justice to people who suffered as a result of this oppression. It’s linked to a nation-wide effort led by the Equal Justice Institute based in Montgomery, Alabama.

This is the organization started by Bryan Stevenson that has sought to document the thousands of lynchings of African-Americans that occurred in America from 1877 to 1950. A year and a half ago the institute opened the National Memorial for Peace and Justice, where some 800 lynchings are documented on hanging steel monuments. Buncombe County’s plate is inscribed with the names of three men who were lynched here in the 1890s.

Here in Asheville last May, a coalition of community groups joined to form the Buncombe County Community Remembrance Project. Its goal is to raise awareness of racial violence in our area and plan for the creation of a historical monument here that will tell that story.

UUCA member Mary Alm has been attending the group’s meetings on our behalf, and I have offered to have our congregation join a group of what are called “community stakeholders” who support the effort. The group already includes 10 other congregations and community groups.

You will be hearing more about this as the project gets underway. For now, as a way to get into this work of truth-telling, Mary and I would like to invite you to consider joining us on a UUCA group trip to visit the memorial in Montgomery next spring.

Our idea is that this would be a three-day trip – leaving one day to drive to Montgomery, spending a day at the Memorial, and then driving home the next day. Mary is researching hotels where we could reserve a block of rooms together. For transportation, we’re thinking of making it simple – a caravan of cars, car-pooling where we can. As for timing, we’re thinking of spring break week – April 6 – 10 – so families could make time to come. Scholarships will be available for people who need them.

Look for more details to come and please contact Mary Alm if you’re willing to help organize or are interested in coming. I would welcome your company as we dig into the work of taking ownership for our own journeys of awakening and truth-telling.