John Lewis: Get in the Way, on Zoom Friday, February 12, 7pm 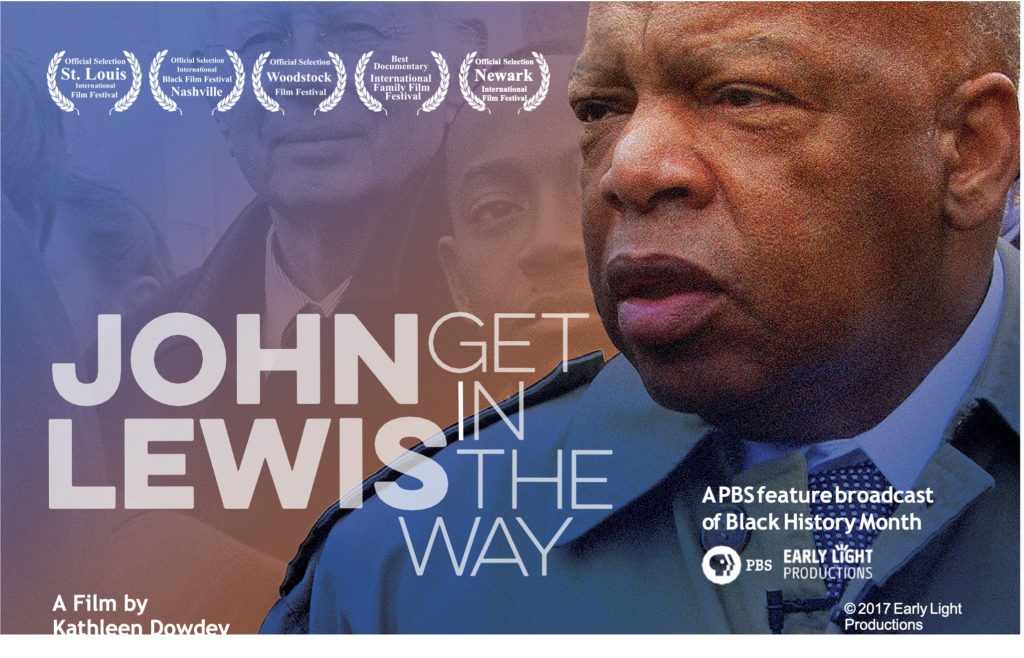 Our Justice Ministry Film Night is returning to second Friday evenings at 7pm.  Our first offering is a film by Kathleen Dowdey.  John Lewis: Get in the Way is the first biographical documentary about John Lewis. It is an inspiring portrait of one man cast into extraordinary times and his unhesitating dedication to seek justice for the marginalized and ignored. The film spans more than half a century, tracing Lewis’ journey of courage, confrontations, and hard-won triumphs.   A discussion period will follow the film.

Mr. Lewis was the youngest speaker at the historic 1963 March on Washington, where Dr. Martin Luther King Jr. delivered his legendary “I Have a Dream” speech. And in March 1965, Lewis led the Bloody Sunday march in Selma, where Alabama State Troopers attacked peaceful protesters with billy clubs, bullwhips, and tear gas. Their horrific actions were broadcast on nightly news reports into living rooms across America; eight months later, the Voting Rights Act was signed into law.

There is no charge for viewing the film but donations are welcome.  Or text UUAVL to 73256.  Or send a check to UUCA, 1 Edwin Place, Asheville, NC  28801.  You may donate to our General Fund or to our Community Plate outreach program.  In February we will be donating all Community Plate income to an Asheville High School scholarship fund established by UUCA to be awarded once a year to a student who will attend a North Carolina publicly funded college, has financial need, has participated in community service, and has a weighted GPA of 3.0 or better. Extra consideration is given to first-generation college attendees.