“What happens to a dream deferred?
Does it dry up like a rain in the sun?
Or fester like a sore – and then run?
Does it stink like rotten meat?
Or crust and sugar over – like a syrupy sweet?
Maybe it just sags like a heavy load.
Or does it explode?”

It has been almost 70 years since Langston Hughes wrote that iconic poem, 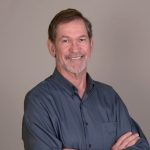 which he entitled “Harlem.” And still we in America – or more specifically we whites in America – have yet to learn its lesson. The poem has a specific reference from Hughes lifetime – the Harlem conflicts of the 1930s – but it has echoed many times in the years since, through the Civil Rights disruptions of the 1960s to any of the more recent “explosions” that we have known in response to unjust police actions against black men and women.

Year after year the roll call grows. Some of the more famous cases more recently involve people like Rodney King, Malice Wayne Green, Abner Louima, Amadou Diallo, Eric Garner, Michael Brown, Freddie Gray, Philando Castile, Ahmaud Arbery, Breonna Taylor, and now George Floyd. And even that roll call omits the thousands of others who die year after year in racist killings or are injured in racist incidents. Add to that the legacy of centuries of racism that has caused black hopes and aspirations to dry up like the raisins in Langston Hughes poem: side-tracked into inadequate housing, first to be laid off or evicted in a shattered economy, deprived of a decent education, suffering and dying early in a failed healthcare system. Is it any wonder that black Americans are most likely to be killed by the COVID pandemic, losing out on unemployment benefits and now murdered in the streets by public safety officers?

Explode? Yes, explode! Isn’t it time that we paid heed to the tragedy African-Americans have endured and which we whites are complicit in creating by prospering to their detriment? So, while we hate to see the damage done downtown and are discomfited by the angry protests, we should not pretend that we don’t understand why it has come. It has been building like a magma chamber of a volcano, and an explosion was to be expected. Our greatest hope now is that the white majority in this country and the power structure that serves them will finally listen and take concrete action to address generations of inequality and oppression.

And please note the sequence of what I argue is required of us: listen first, then take action. We whites, even when we’re sympathetic to the oppression that our African-American neighbors experience, have the unfortunate habit of rushing off with some half-cocked idea of a solution without ever asking them.

We remember that when Bryan Stevenson of the Equal Justice Initiative spoke at UNC-A last year he told us that the first step in being of service to others is, in his words, “to get proximate.” For our justice work to be effective, we need to know and understand the people we are working with. And that doesn’t happen right away. It takes time to build relationships and come to know communities.

So while we need to be advocates for political change and systemic restructuring, we also need to be about the hard work of listening, of putting ourselves in places where we can hear the stories of people’s lives and learn to lament and grieve with them the losses so many have suffered. And sooner or later we will need to acknowledge our own complicity in the system of white supremacy, the ways in which the racism marbled throughout our culture offers us gains which come on the backs of others.

Then, once we understand at least a little better we will be in a position to act, to use our wealth, our connections, our privilege to bring about real change, to access the levers of power to bring about true equity and justice.

The protests underway around the country, and here in Asheville, can feel impressive, consequential, but they are no more than flashes in the pan if they do nothing to change the way that systems work, whether they be policing, schools, employment and more. Let us be among the allies and partners who help make that happen.